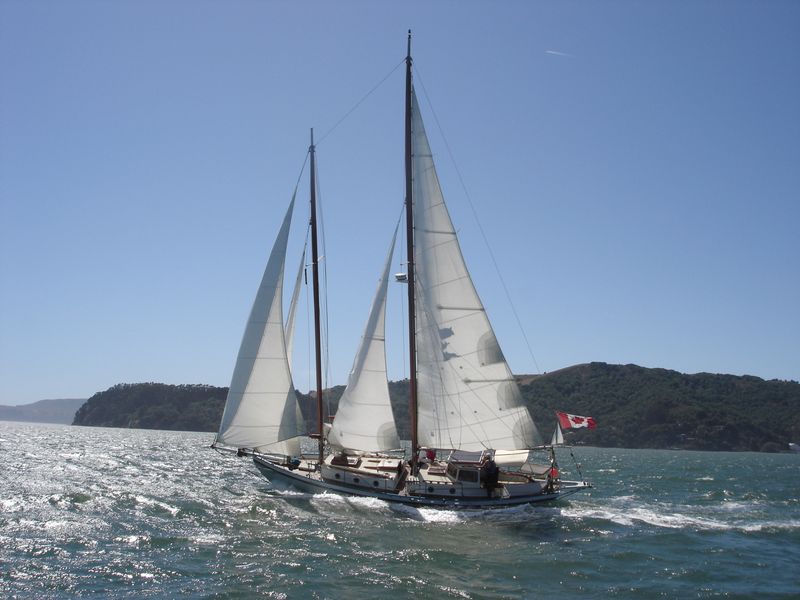 Tillicum 1 is a stays’l schooner, registered Victoria B.C. and is in her prime!  She was designed by Lee Coolidge and built in Anacortes, Washington in 1982 by Kenneth Powell.

She is finely detailed inside and out, (10 types of wood total), built of Western Douglas Fir planking (carvel planked on 2x2 steamed oak frames), deck and foremast. She has been updated with hollow masts, the main being Sitka Spruce and oversize standing SS standing rigging. Last survey was June 2012, passed with flying colors.

As a cruising boat, she has completed a transit of west coast to east coast of Canada leaving Vancouver June 2009 cruising the West coast, visiting 10 countries, transiting the Panama Canal and arriving in New York City in July of 2011. In thesummer of 2013 she completed the return to Canada arriving in Yarmouth and travelling up to Lunenburg. Overall distance travelled in excess of 11,000 miles.

DISCLAIMER
The Company offers the details of this vessel in good faith but cannot guarantee or warrant the accuracy of this information nor warrant the condition of the vessel. A buyer should instruct his agents, or his surveyors, to investigate such details as the buyer desires validated. This vessel is offered subject to prior sale, price change, or withdrawal without notice.