Her most visible innovation is her inverted foiling system. These foils have a downward profile contrary to most other sailing foils. They reduce drift and improve the righting moment without increasing movement, thus improving overall performance. Her keel consists of a low-drag, deep straight blade, and her sail plan features a square-top mainsail, genoa, jib, masthead spinnaker and small gennaker – all of which can be sailed single-handed. 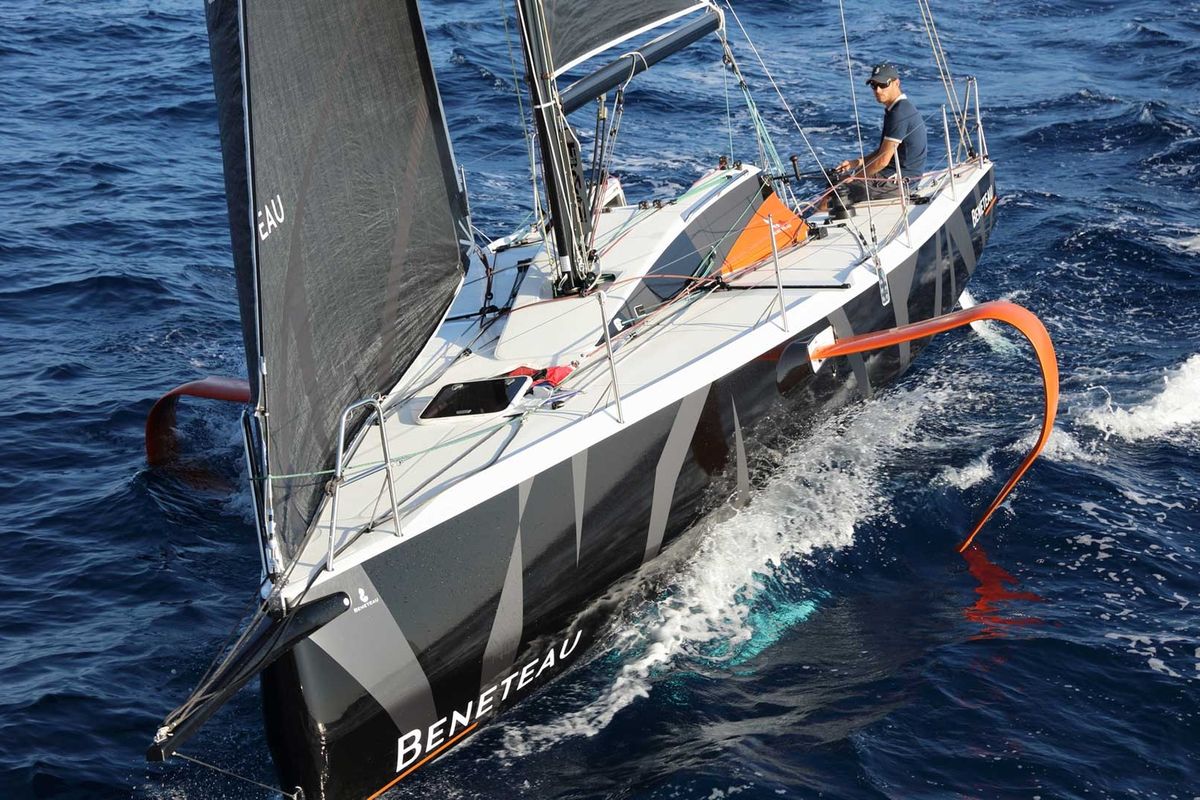 Get upcoming events and boating information in your inbox.

You can still view our website, but for a better experience, we recommend updating your browser.